As The first company in the Middle East and North Africa, MEPC gets (AMOF) by Rolls-Royce, For (T-56) Engines

MEPC has proudly received a qualification certificate an Authorized Maintenance and Overhaul Facility (AMOF) for the (T56) Engines by the manufacturer (Rolls Royce).  MEPC is the only AMOF in the Kingdom, and the first in the (Middle East and North Africa region).

It is worth mentioning that MEPC is one of the Economic Offset Program that was established in 1992.

MEPC is seeking in the coming years to further develop and enhance its capabilities to include all military engines and targeting both the Saudi market and Gulf States.  MEPC has also embarked upon a number of high level discussions with OEM’s with the possibility of undertaking the manufacturing of components and parts for engines within Kingdom. 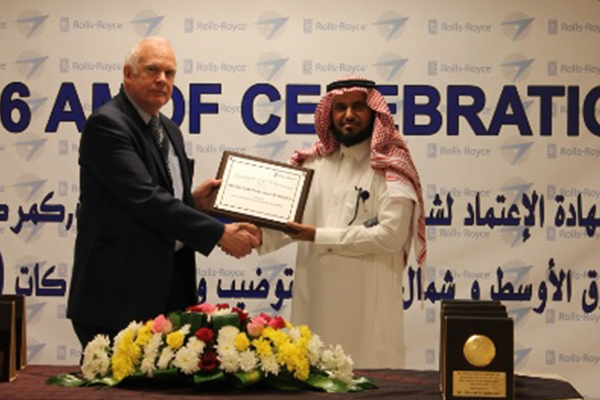